Get Married in any of the following Philippine Wedding Destinations: 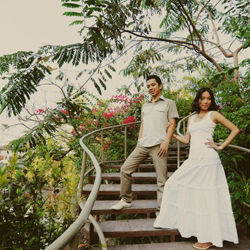 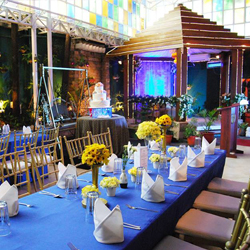 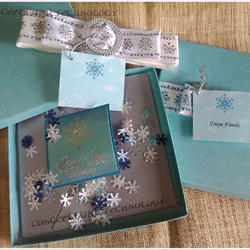 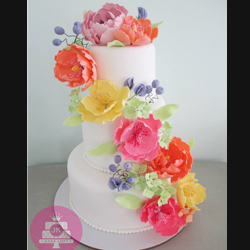 It is the country's last frontier because it is the last unsettled area in the whole archipelago. Several islands in Palawan are unexplored and uninhabited.

Composed of 1,780 islands and islets, rocky coves, and white sand beaches, Palawan has become one of the premier destination in the Philippines. It offers an array of activities such as island hopping, scuba diving, snorkeling, and swimming. Aside from this, the province serves as the undisturbed sanctuary of various marine and terrestrial animals, thus making it the biggest natural wildlife reservation area in the country.

Tubbataha Reef
A declared UNESCO World Heritage Site, it is an atoll coral reef that serves as the habitat for over 1,000 marine species, many of which are considered as endangered.

Tabon Cave
Dubbed as the 'Cradle of Philippine Civilization”, remains of the 22,000 year-old Tabon Man and his tools were f discovered by Dr. Robert B. Fox and his team from the National Museum of the Philippines in 1962.

Dugong (Sea Cows)
This endemic creature is the only known herbivorous mammal in existence today. It has a fusiform body with no dorsal fin or hind limbs, instead possessing paddle-like forelimbs used to maneuver itself. It is easily distinguished from the manatees by its fluked, dolphin-like tail, but also possesses a unique skull and teeth.

Tabon Cave
Location: Lipuua Point, Quezon, Palawan
Known as the “Cradle of Philippine Civilization”, Tabon Cave served as the primitive dwelling place of the first residents of Palawan. Dr. Robert B. Fox and his team from the National Museum of the Philippines found bones and ancient utensils and tools used by the 'Tabon Man' . The complex has 29 explored caves, but 200 caves are known to exist on Lipuun Point. The cave was named after the "Tabon Bird" (Tabon Scrubfowl, Megapodius cumingii), which deposited thick hard layers of guano during periods when the cave was uninhabited.

Palawan Museum
Location: Old City Hall Building, Rizal Avenue, Puerto Princesa City, Palawan
Other archaeological finds from Tabon Cave are located her as well as those found in the town of Cuyo. The museum is also provided with a library where books on Philippine and Palawan history.

Puerto de Sta. Isabel (Taytay Fort)
Location: Poblacion, Taytay, Palawan
It was constructed from 1667 to 1738 under the supervision of the Augustinian Recollect friars. The fort served as the stronghold and first line of defense of the town against invading pirates. Cannons can be found at equal distances.

Cuyo Fort
Location: Poblacion, Cuyo, Palawan
This Spanish fortress, completed in 1680, is considered as one of the most ancient and unique forts in the Philippines. Within its walls are the church, the convent, and the only Perpetual Adoration chapel in Palawan.

Plaza Cuartel
Location: Puerto Princesa, Palawan
On December 14, 1944, when the news that the Liberation forces has landed in Mindoro, the Japanese forces gathered all 150 remaining prisoners of war in Palawan onto three covered trenches which were then set on fire using barrels of gasoline. Only 11 survived.

Japanese Shipwreck dive sites
Location: Busuanga - Coron, Palawan
There are 12 WWII Japanese shipwrecks sunk on September 24, 1944 by US Navy action. They range in depth from the surface to 40M. This large variety offers exciting wreck exploration for enthusiasts, from novice divers and snorkelers and recreational divers to experienced divers.

Melville Lighthouse
Location: Balabac Island, Palawan
It is one of the oldest yet functional lighthouses in Palawan. This 100-year old lighthouse serves as guide for international vessels which pass through the Balabac Strait.

Port Miller and Lighthouse Tower
Location: Brooke's Point, Palawan
Named after Sir James Brooke, the port is a cemented water tank constructed as a source of potable water for the natives and the settlers of the municipality. Remains of the original lighthouse can still be seen near the newly constructed lighthouse tower.

Iwahig Prison and Penal Farm
Location: Brgy. Iwahig, Puerto Princesa, Palawan
This 37-hectare prison was originally set up in 1902 by the United States to house Philippine prisoners who had fought against the American colonization of the Philippines. Now, Iwahig is known as the only prison of its kind where minimum security prisoners are involved in livelihood activities and live in dormitories instead of prison cells.

Palawan Wildlife Rescue and Conservation Farm
Location: Brgy. Irawan, Puerto Princesa City, Palawan
Formerly known as Crocodile Farming Institute, this crocodile sanctuary is managed by the Department of Environment and Natural Resources -Protected Areas and Wildlife Bureau. (DENR-PAWB). Inside the farm is a hospital for sick and disabled crocodiles.

Calauit Game Preserve and Wildlife Sanctuary
Location: Calauit Island, Busuanga, Palawan
Established on August 31,1976 by virtue of Presidential Decree No.1578, It serves as a game reserve and wildlife sanctuary of exotic African animals and endangered endemic animals of Palawan.

Puerto Princesa Subterranean River National Park
Location: Brgy. Bahile, Puerto Princesa, Palawan
This UNESCO World Heritage Site boasts of its navigable 8.2 kilometer underground river flows within a deep cavern under rugged limestone and marble cliffs, special features of the park. Within the hallowed recesses, one winds through the tunnel aboard a paddle boat with outriggers to be enthralled at every turn which reveals stalactite pillars, rock formations, and domed amphitheaters.

Tubbataha Reef
Location: Cagayancillio, Palawan
It was declared as a UNESCO World Heritage Site in December 1993. Over 1000 species inhabit in the reef; many are already considered as endangered. Animal species found include manta rays, lionfish, tortoise, clownfish, and sharks.

Honda Bay
Location: Sta. Lourdes, Puerto Princesa City
Honda Bay is comprised of several islets with shallow reefs bordering wonderful beaches which have become the much loved swimming, snorkeling, and diving destinations of local residents and tourists. These islets are the

Immaculate Conception Cathedral
Location:Brgy. Liwanag, Rizal Avenue, Puerto Princesa City, Palawan
Fr. Antonio Muro initiated the creation of the chaple where the first mass celebrated in Palawan was held in 1872. It was almost a century later in 1961 under the late Bishop Gregorio Espiga that the cathedral was built. Its angular structure, different from most churches, provides visitors an interesting glimpse of unconventional religious edifice.

La Immaculada Conception Church (Culion Church)
Location: Culion, Palawan
The church was first built in 1740 inside the Culion Fort. Back then, the town was used as a leprosy segregation camp. As the number of leper parishioners increased, the church was enlarged in 1933, using parts of the fort as foundation. The Parola ruins and a Spanish cannon can still be seen at the church grounds.

Tarek Festival
Place: Aborlan, Palawan
Date: Third week of January
The festival is observed by two ethnic tribes, the Tagbanuas and Batak. For the Tagbanuas, it is a dance ritual comprising the observance of the Pagdiwata. The Pagdiwata is a ritual asking the gods to heal the sick. For the Batak tribe, it is a form of war dance.

Purongitan Festival
Place: Cuyo, Palawan
Date: August 28
Participants blacken their skin with soot and dance with abandonment in the city streets to the frenetic percussion of drummers. The event coincides with the feast of the town's patron saint, San Agustin.

Kalabukay Festival
Place: Dumaran, Palawan
Date: June 14 - 18
Kalabukay is the Cuyono word for Philippine Cockatoo or “katala,” an endangered bird specie found only in the country, most of which are in Palawan. The festival is one form of promoting the conservation of the forests of Dumaran where one of the last remaining populations of Kalabukay or “katala” dwells.

Learn More
How To Get There?

By sea:
From Manila, Palawan can be reached by taking a 20 hour ferry ride at Manila North Harbor, docking at Coron Pier or Puerto Princesa Pier.

By Air:
Major airline have direct flight from Manila to Palawan, landing at Puerto Princesa City Airport Terminal. There are smaller airstrips found in Busuanga (Francisco B. Reyes Airport), and Cuyo (Cuyo Airport). Travel time is 1 hour and five minutes

Maximize your online presence and avail of Kasal.com's premium services for wedding suppliers like you!

Email us at [email protected] and we'd be glad to help you in your wedding preparation.

What are you looking for?

Check out our exclusive list of the best wedding suppliers in the country.